The History of Liquid Waterproofing.

The first liquid coatings used in a waterproofing capacity would have been natural bitumen and date back to biblical times. Boats were waterproofed using bitumen. Natural bitumen in conjunction with various types of fillers (sand etc) was used as roof waterproofing as early as the 1820s.

In the mid to late 1800s natural bitumen was in extensive use in roof waterproofing, the bitumen was being applied as a liquid with various types of reinforcement laid in to the liquid such as jute, straw, rag felt and other man made materials.

It was not until the 1910-1920 period that bitumen waterproofing moved into the factory.
Rubber technology was first used to produce coatings in the 1940s and with the addition of reinforcing fibres a strong waterproofing membrane was developed.

Between 1945 and 1955, various resin technologies were developed by several different manufacturers to improve the performance characteristics of liquid roof coatings and it is not long before the beginnings of the liquid waterproofing industry as we now know it.

In the 1960s and 70s, reactive acrylics, acrylic emulsions, styrene butadienes and unsaturated polyesters were developed and huge steps in improvements to the quality and durability of the liquid coating industry were seen.

In 1975 the first water based elastomeric roof coating was released on to the UK market.
The first BBA Certificate for the application of liquid systems on roofs was issued around 1975 demonstrating that liquid applied coatings provide durable, high quality roofing solutions.

Two component acrylic roof coatings were first used in the UK from 1978.

Solvent-based block copolymers coatings based on styrene- ethylene-butadiene were launched in 1985.

The first BBA Certificate for GRP flat roofing was issued in 1988. This was the first recognition of the movement away from ‘general purpose or boat building’ resins towards systems designed specifically for the roofing market.

The early 1990’s saw further innovation in the polyester sector as flexible systems were introduced for direct application to a wider range of substrates.

During 1996 the first 25 year warranty systems were offered to the roofing industry for liquid applied systems further demonstrating the durability of liquid roofing systems.

Also during 2004, the first totally cold applied warm roof system incorporating all warm roof components and liquid applied membranes from a single supplier was launched. This brought the benefit of a single guarantee for the whole warm roof build-up.

In 2007 the first BBA Certificate for a complete cold applied warm roof system was issued further signifying the drive for quality in the liquid roofing market.

The above is an article taken from the Liquid Waterproofing Assosciation Website’s History Section. 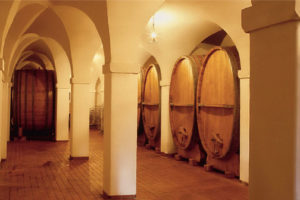 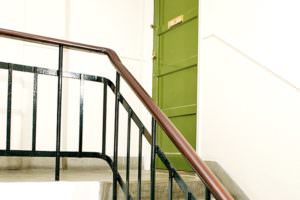 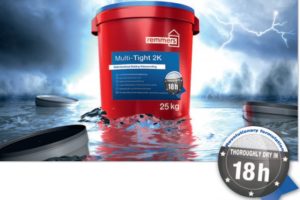 Remmers Multi-Tight 2K is a combination of a crack-bridging, mineral-based[...]