October 21, 2016 Posted by David Hanna NEWS No Comments
Flexcrete Technologies Limited has officially launched Monodex Metallic, an elastomeric, decorative, water-based structural coating which is believed to be the world’s first metallic anti-carbonation coating.
Whilst remaining highly protective against the harmful effects of carbon dioxide diffusion, Monodex Metallic incorporates metallic particles which reflect more light than solid colours and the coating achieves a luxurious sheen. It can be created in metallic colours including gold, silver, copper, bronze and pearl, as well as more vibrant shades such as metallic purple.

Monodex Metallic is designed to be applied as a lustrous feature finish over a base coat of Monodex Smooth, another anti-carbonation coating in Flexcrete’s Monodex range. It can be applied directly over Monodex Smooth without the need for a primer. Like other Flexcrete anti-carbonation coatings, Monodex Metallic is single component and water-based, so it is user-friendly and cures without the release of strong odour or hazardous solvents. It is ultra-fast drying, enabling two coat applications on the same day and it can be rapidly applied by brush, roller or airless spray all year round. Throughout its lifetime, it has excellent colour retention and strong resistance to UV degradation.

Due to the ability to create special metallic colours, Monodex Metallic is ideal for sponsored buildings and structures. It has recently been used to repaint the exterior of the iconic 170-metre Emirates Spinnaker Tower in Portsmouth, a visitor and educational attraction which soars 170 metres above Portsmouth Harbour. The renovation was carried out as part of a major £3.5 million five-year naming rights partnership between Portsmouth City Council and Dubai-based Emirates Airline.

Initially the bottom 50 metres of the concrete legs of the Tower were painted in Monodex Smooth in a special shade of blue, and white was applied above in preparation for the Louis Vuitton America’s Cup World Series. In order to make a unique architectural statement, Emirates then commissioned the use of a bespoke Monodex Metallic system in their corporate metallic gold colour over the central section of the tower to further enhance the appearance.

Flexcrete Technologies Limited is the UK’s leading independent manufacturer of technical mortars and high performance coatings. With origins dating back to 1983, the company manufactures a wide range of concrete repair mortars, fairing coats, waterproof cementitious coatings and decorative protective coatings. With its head office and manufacturing complex based in Leyland, North West England, Flexcrete products are available from stockholding distributors all around the UK. The company also has a global presence through international agents and distributors in 65 countries worldwide with export sales accounting for over 50% of its business. 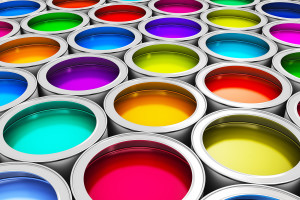 What are Protective Coatings?

Protective Coatings are used for a variety of purposes, but[...] 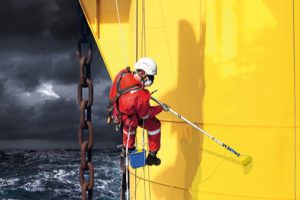 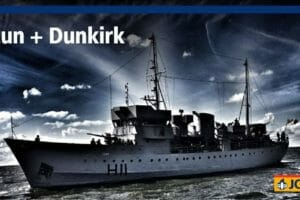