BBC Northern Ireland is a division of the BBC and the main public broadcaster in Northern Ireland. It is one of the three BBC national regions, together with BBC Scotland and BBC Cymru Wales. Based at Broadcasting House, Belfast, it provides television, radio, online & is located in the BBC Blackstaff House on Great Victoria Street in Belfast.

A previous material (Single Ply) had been applied to the roof and through time had began to split at the joints and seams causing water to ingress through to the buildings below.

We specified the Tor Elastaseal Z. A liquid cold applied roof waterproofing system which has been has been developed to solve the problems associated with the long term waterproofing of flat, pitched and domed roofs. The system provides a cold liquid applied, breathable, seamless membrane, that moves with the roof and allows vapour release from the existing substrate.

Elastaseal Z (Zero Solvent)   is ideal for scenarios where hazardous odours could filter thorough the air conditioning units to the offices/studios below. 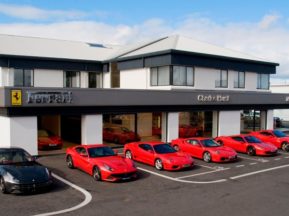 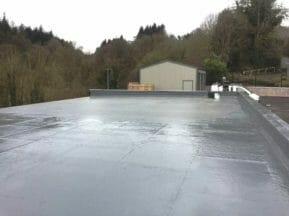 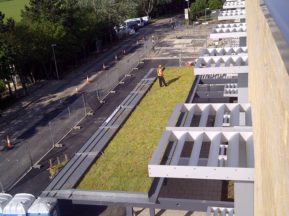 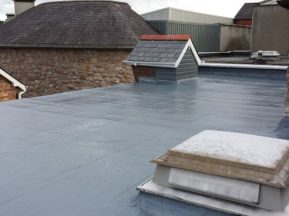